Di lang UP, PUP! Escudero says gov’t should ink pact with all universities to prevent state forces from entering campuses 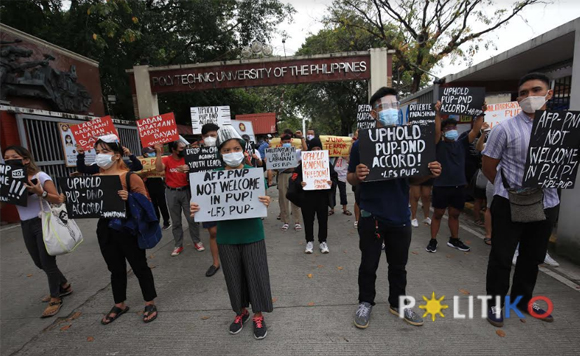 Sorsogon Governor Francis “Chiz” Escudero said that the government should ink an agreement with all universities in the country that will prevent the entry of state forces in campuses without coordination from school officials.

“PRRD said that it’s unfair that only UP and PUP have a pact.I completely agree,” said Escudero, a former Senator.

“So why not enter into a similar pact with ALL THE OTHER UNIVERSITIES or, better yet, pass a law that will guarantee this to ALL UNIVERSITIES instead of abrogating these two,” he added.

The Department of National Defense earlier decided to terminate the agreement with the University of the Philippines that prevents the entry of state forces in the campus without coordination from school officials.

The DND is also eyeing to terminate the similar pact with the Polytechnic University of the Philippines.

Escudero earlier said that the DND is “barking at the wrong tree by revoking the 1989 accord.

“The Government should learn to fight the good fight,” he added.