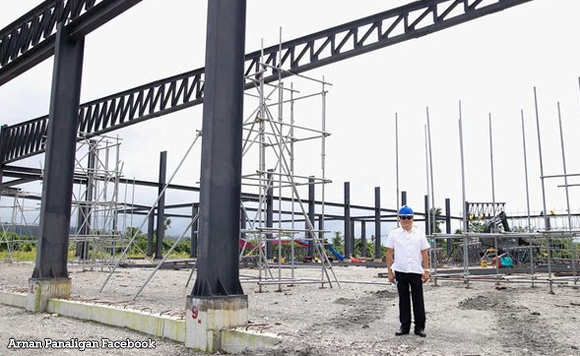 Mayor Arnan Panaligan has led the inspection of the construction of the Calapan City Convention Center today.

The ambitious project is being built in Bgy. Tawiran, Calapan City.

Once completed, the convention center will be the home of meetings, seminars, exhibitions and can even be utilized during emergency situations.

In another development, Mayor Panaligan also met with the nurses and midwives deployed by the Department of Health to assist and augment the City Health and Sanitation Department headed by Dr. Liza Llanto.

Yesterday, the mayor also held a meeting with the officers of the Child Development Workers of Calapan City.

The said officers are pushing for the Early Childhood Care and Development Program of the city government.