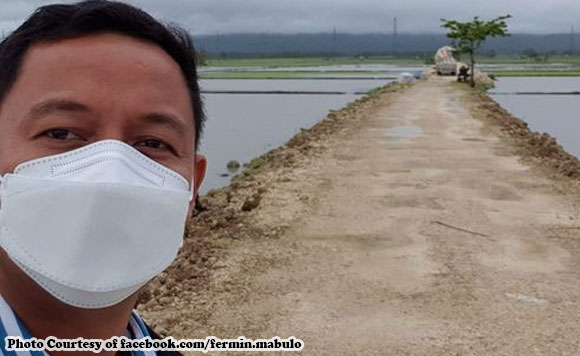 Fixing one road can really have a big impact on people’s lives, as San Fernando Mayor Fermin Mabulo has seen.

In a Facebook post, Mabulo shared that he visited a newly constructed road which took him from Barangay Buenavista to Barangay Lupi in 10 minutes.

Before the road was paved, farmers had to pay P50 per sack of rice to haulers who had to walk up to two kilometers in the mud.

Now, they only have to shell out P5 per sack for four wheeled vehicles that would deliver their rice to the market.

“Drove from Brgy Buenavista this afternoon, and i was in Brgy Lupi in less than 10 minutes. From this area, farmers used to pay 50 pesos per sack of newly harvested rice to haulers who had to walk 1-2 kilometers in the mud, carrying the load on their backs. Now, farmers need to pay only 5 pesos per sack using 4 wheeled vehicles because of this newly opened road,” Mabulo posted.