It pays to be clean and green, says Tabaco Mayor Krisel Lagman Luistro 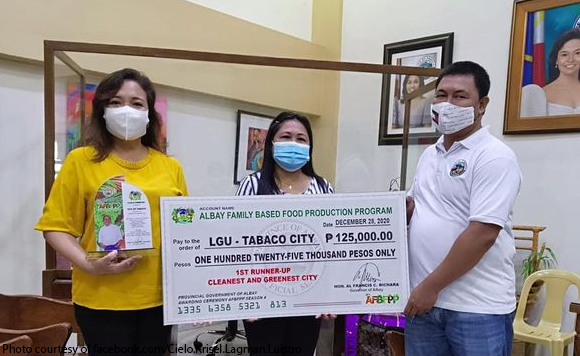 The efforts of Tabaco City to remain clean and green have borne fruit.

In a Facebook post, Mayor Krisel Lagman Luistro announced that the city has been awarded P125,000 for being first runner up in the Cleanest and Greenest City in Albay contest.

The contest handlers took into account the city’s performance in in nutrition, anti rabies campaign, solid waste management and community gardening for food sufficiency in determining the awardees, said Luistro.

She congratulated the people of Tabaco for a job well done.

Being clean and green pays off!