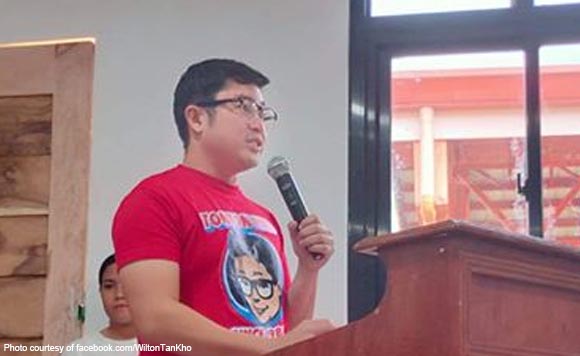 The Province of Masbate will be launching its first-ever fishing competition at the end of this month, Rep. Wilton Kho announced.

“Masbate is one of the provinces in the Philippines that has given scenic spots and natural resources. As time goes by, new discoveries of potential tourist destinations are now being developed. In terms of fishing as livelihood, our seawater has a lot to offer,” the lawmaker said.

“With the help of our LGU’s together with the Provincial Government of Masbate headed by Hon. Gov. Antonio T. Kho, we are taking this opportunity to launch our province’s first-ever fishing tournament happening on December 28, 2020 in Baslay Island, Matayum, Cataingan, Masbate,” he added.

Kho said that the event will showcase that Masbate’a fishing ground isn’t just limited, it is filled with so much wonders that people of Masbate can enjoy.

1. Any boat may be used to fish in the event as long as it carries the necessary safety gear on board.

2. All entry must use only fishing rods or hook in line.

3. At the end of the day’s fishing, the camera, catch report affidavit and all photos/video taken must be brought to the weigh station for verification of official release points. Failure to do so will result to disqualification of that catch.

5. Live bait, dead bait, lures and any combination thereof are permitted in this tournament.

6. All anglers and boat captains must attend the scheduled angler/captain’s meeting before the start of the tournament. If they do not attend, they accept and agree to be bound by all instructions and/or rule changes made during that meeting.

7. Each entry is required to pay a slot reservation fee (Php 1,000.00), reservation fee will be returned once the tournament will start and can only be claimed by the registered angler. (No show, No return of registration fee).

9. All fish that will be caught will be released after photo captured and weighing.

10. 4 slots per municipality, open slots after the deadline will be open for all interested party. This will be on a first come first serve basis.

12. All winners will be determined by the designated judges.