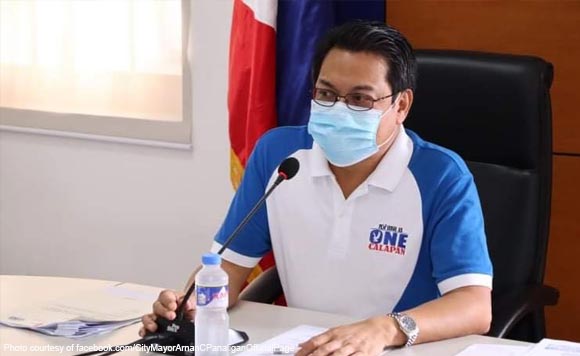 Calapan City Mayor Arnan C. Panaligan addressed the meeting and induction of officers of the Oriental Mindoro chapter of the Philippine Chamber of Commerce and Industry (PCCI).

The event, held at the Mahalta Resorts, featured the presentation of plaques of appreciation and Bayani ng Pandemya Awards to various frontliners that rendered vital services to the public at the height of the pandemic.

According to his office, Mayor Panaligan explained to the business sector the initiatives of the City Government to revitalize the local economy of the city and to support local businesses while balancing public health concerns.

Mr. Jhon Cabailo serves as the chapter president of PCCI.

In another development, Mayor Panaligan also led the blessing of the new Multi-Purpose Building at Bgy. Camilmil, a city funded project: