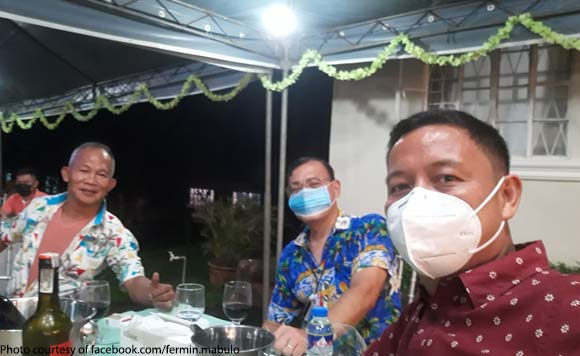 It looks like San Fernando Mayor Fermin Mabulo came out with new friends after being detained at the ISAFP headquarters when he got involved in the Oakwood mutiny in 2003.

In a Facebook post, Mabulo shared a recent photo of him drinking with his former custodial officers at the ISAFP and celebrating the birthday of one of them.

At the time of his detention, they were majors and he was a captain, he said.

And unexpected friendships can happen!

“Sometime in 2003, i was detained at ISAFP for my involvement in the Oakwood Incident. These two gentlemen were my custodial officers. They were then Majors and I was a young Captian. Now one is a retired Major General and the other is an active Major General and I am a Mayor. How time flies, happy 55th birthday Sir Henry Robinson,” Mabulo posted.