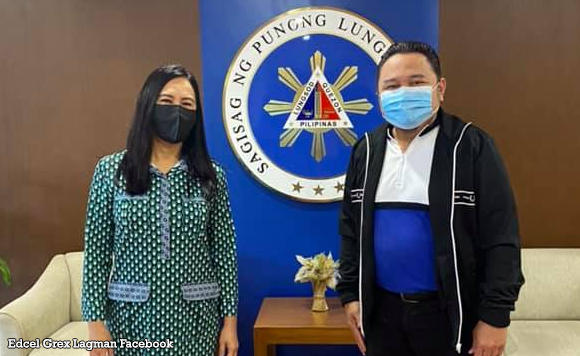 Albay Vice Governor Edcel Grex Lagman has thanked the Quezon City government for helping the Albayanos in these trying times.

“Sep and I were batchmates in the QC Council. We were both elected for the first time as councilors in 2004. Sep also happens to be the “ninong sa binyag” of my third son, EJ Edcel Jaime Lagman II.,” he added.

Lagman said that the Sangguniang Panlalawigan will pass a resolution extending gratitude to the QC government for helping Albayanos.

“More importantly, I had the honor to extend to the QC Government and its wonderful people the heartfelt gratitude of the resilient and strong people of Albay headed by Governor Al Francis Bichara for QC’s humanitarian efforts in Albay immediately after the aftermath of Typhoons Quinta and Rolly.,” said Lagman.

“The same was expressed through a draft resolution of the Sangguniang Panlalawigan of Albay (SPA) that I authored and will be passed in tomorrow’s SPA session,” he added.

He also said: ” My son, Kagawad and President of the Liga ng mga Kagawad in QC4 Thomas Jacob Lagman, accompanied me in this very fruitful meeting with the aforementioned QC officials. Happy to also see again Atty. Lucille Sering, Secretary of the Climate Change Commission.”