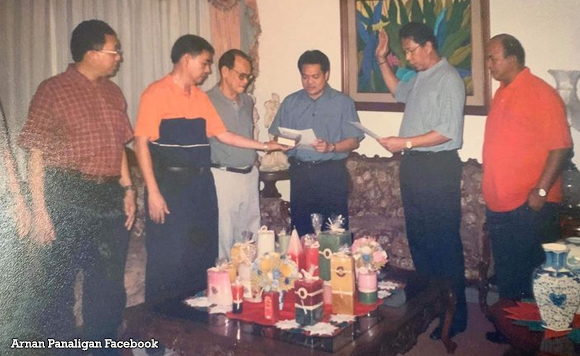 Calapan City Mayor Arnan Panaligan took a trip down memory lane 16 years ago when he became the governor of the Oriental Mindoro province.

Panaligan shared a photo of his oath taking as governor on December 1, 2004.

“16 years ago today, December 1, 2004, I took the oath as Governor of Oriental Mindoro when the incumbent governor, Bartolome Marasigan, died earlier that day,” said Panaligan.

Panaligan would then serve another term as governor of the province until he ran again as Mayor of Calapan in 2013.

Panaligan is currently serving his last and third term in office.