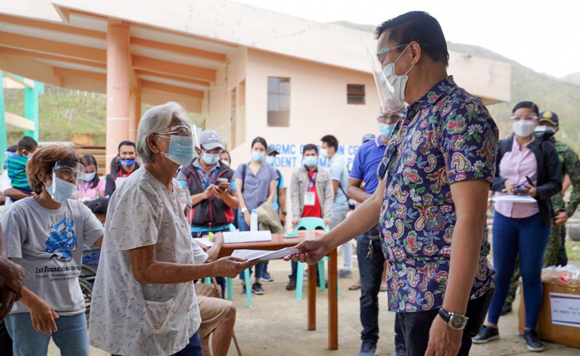 Tolentino made a quick stop in Catanduanes and distributed relief materials in the municipalities of San Miguel and San Andres, and in the province’s capital of Virac.

The towns were the worst-hit in Catanduanes following the catastrophic devastation of Super Typhoon Rolly in the province earlier this month.

Tolentino also went to Albay, where he visited his hometown of Guinobatan, as well as the towns of Camalig, Ligao, Tiwi, Malinao, and Malilipot. He distributed relief materials to residents whose houses and livelihood were destroyed not only by Rolly, but also by Typhoons Quinta and Ulysses.

In his hometown in Guinobatan, Tolentino revealed that he is currently coordinating with the Department of Human Settlement and Urban Development (DHSUD) for a housing and relocation program for those severely affected by Rolly’s onslaught.(JCC)