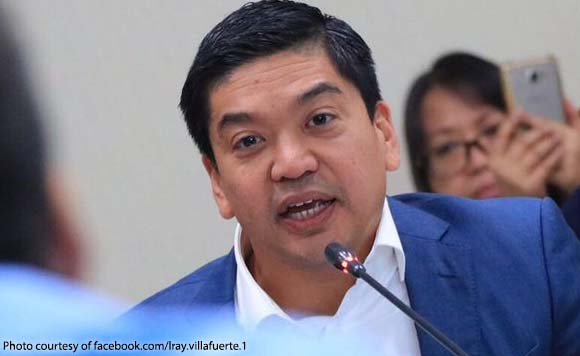 Rep. Luis Raymund ” LRay” Villafuerte asked the public not to forget the Camarines Sur and its people who experienced battering from several typhoons recently.

Villafuerte said that while most people are now focused on Metro Manila due to the devastation of Typhoon Ulysses, he noted that CamSur, too, was ravaged by three calamities in a span of just two weeks.

“While everyone is focused on the havoc typhoon Ulysses brought to Metro Manila. Pls don’t forget the triple devastation #camsur has experienced due to typhoon Quinta , a few days later super typhoon Rolly and most recently typhoon Ulysses,” he said.

“We are probably the only province who have experienced 3 strong typhoons and one of them is the strongest typhoon in the world this year in a span of less than 2 weeks,” the lawmaker said.

Villafuerte also appealed for help so that the province could recover from the devastation of the typhoons.

“We need help. We can only recover and rebuild if help comes our way . We only hope that we are not again forgotten! These people experiencing these difficulties are inspiring us to not lose hope! Together we will rebuild and rise again,” he said.