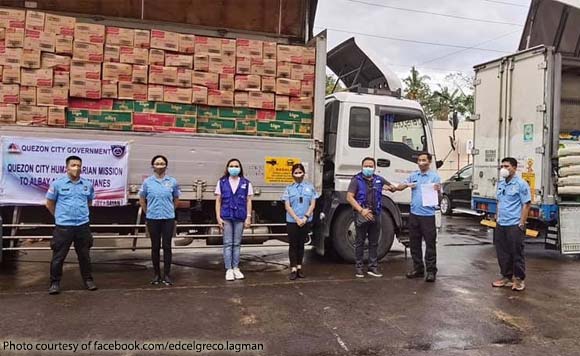 Quezon City’s kindness and generosity has come to Albay.

Albay received 400 sacks of rice, 250 boxes of sardines, 1,250 boxes of noodles, and 417 boxes of distilled water for its affected residents.

Lagman received the donations on behalf of Gov. Al Francis Bichara and expressed his gratitude to them Quezon City government.

Lagman himself used to be a Quezon City councilor, so the ties that bind are there!

I received the donation on behalf of the Governor together with PGA’s PSWDO head, Dr. Eva Grageda.

Again, thanks so much for the QC Government’s kindness and generosity! Mayor Belmonte was represented by QC’s DRRMO head, KM Raymond E Marasigan.