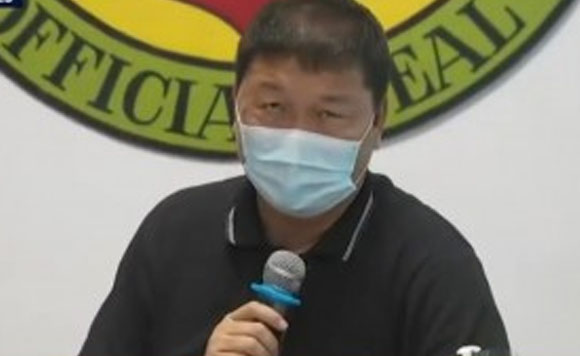 During a virtual press briefing, Cua said three road networks out of 11 towns in Catanduanes are still closed while nine roads are passable.

Due to heavy landslide and debris, Cua said the roads in the municipalities of Gigmoto, Baras, and San Andres remain impassable to motorists.

“Hopefully, within one or two days, all towns of Catanduanes will be passable,” Cua said.

The Armed Forces of the Philippines (AFP) and the Philippine National Police (PNP) are also helping in the debris clearing operations.

Cua said the provincial government recorded a total of six casualties and one missing person in the aftermath of “Rolly”.

Cua, meanwhile, reported that water supply in some areas in Catanduanes has been restored.

He said the provincial government is coordinating with Meralco and other electric cooperatives to restore power.

Department of Energy Undersecretary Felix Fuentebella said they are purchasing supplies needed for the power restoration.

“We have an estimated 500 linemen going to Bicol region,” he said, adding that the requested Meralco contingent will arrive by Saturday, Nov. 7.

Fuentebella said once the materials reach the province, linemen will be deployed in the Catanduanes electric cooperative to start power restoration efforts.

“Once they are there, the materials are there with the number—we are expecting one to two weeks na mapapailawan na ang (we can light up) Virac and other vital installations, so the key here, is to purchase right now the materials and the facilities,” Fuentebella said.

Cua said communication services have been restored in Virac.

To date, Catanduanes is using a ‘very small aperture terminal’ (VSAT), a satellite communications system established by the Office of the Civil Defense (OCD)-Rapid Emergency Telecommunications while communication signal is not yet available in many areas in the province. (PNA)