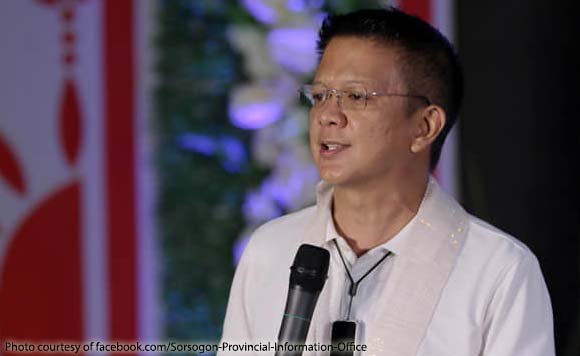 All national and provincial roads in Sorsogon province are now passable after clearing operations were conducted immediately in the aftermath of Typhoon Rolly, Governor Francis Escudero said on Wednesday.

In a virtual press briefing, Escudero said all roads are now cleared while residents are gradually returning to normal.

Around 20 electric posts were destroyed by the typhoon, he said, but the damage was repaired.

Electric lines in the province are expected to be restored by Thursday, Escudero said.

“Pinakamatagal na ayon sa NCGP (National Grid Corporation of the Philippines), dahil wala naman pong problema ang aming (the longest time we could wait according to the NGCP, since there’s no problem with our) distribution lines (is on) Nov.10,” he added.

The governor said some 16,000 families who moved to evacuation centers have been allowed to return to r repair their homes destroyed by the typhoon.

The provincial government, Escudero said, prepositioned the relief assistance in all typhoon-hit municipalities as part of its disaster preparedness measures.

Escudero said personnel cleared the roads in Barangay Villa Hermosa of Daraga town going to the roads of Polangui, Albay.

“We will try to reach Camarines Sur,” he said.

Escudero said the province will deploy another four composite teams on Thursday consisting of personnel from the provincial government and from the private sector, to augment the relief operations in Catanduanes.

The evacuation centers in the Sorsogon province are now empty.

Escudero said the provincial government has conducted food and cash-for-work programs for residents still reeling from the devastation.

He added all donations given to the province are converted into food and cash-for-work assistance.

Escudero assured that clearing teams are strictly observing the health protocols and minimum health standards during their operations. (PNA)