Albay Vice Gov. Grex Lagman says he will have limited connectivity as power may be out for a month 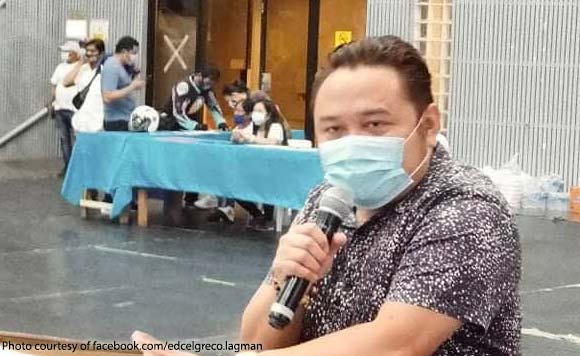 Albay was one of the hardest hit by typhoon Rolly, and lost its power supply during its onslaught.

As a result, electricity in the province may be out for a month, according to Albay Vice Gov. Grex Lagman.

Cellphone signals are available, but spotty as best.

But Lagman’s office has power and cellular signal and wifi, and he will be there from 9 am to 6 pm to respond to queries about his appeal for donations.

His office is open to receiving aid for the residents who were badly affected by Rolly.

Every drop in the bucket would help, he said.

He also thanked those who inquired after his well-being during the typhoon, and their concern and kindness touched his heart.

We could all use some kindness in these trying times!

“Thank you very much to all those who texted me and PMed me and inquired about the state of Albay in the aftermath of Super Typhoon Rolly. My apologies if my response to the same came in late.

Your concern and prayers were truly heartwarming even as it has given me hope in the innate goodness of humanity. Truly, there are many people whose kindness will always come to fore whenever their fellowmen experience disasters wrought by this typhoon which was a category Signal No. 5 force of nature.

Electricity in the province will be most likely be out for at least a month. Communication via celphone signal and wifi connection is spotty at best. All available evacuation centers in the province have also been used to accommodate evacuees from low-lying areas as well as those who reside in upland ones which are vulnerable to landslides.

The Office of the Vice Governor of Albay accepts any donation in cash or in kind. Every drop in the bucket counts, as it were. Rest assured thag all donations will be accounted for and will be accordingly acknowledged.

Thank you very much!

P.S.: I will be in my office from 9am to 6pm everyday. This will be the only time that i have electricity as well as cellular and wifi connectivity. So this will be the time frame that i can respond to your queries regarding my appeals for donations. Thank you once again and bless your kind hearts! ❤️,” Lagman posted.

Credit where credit is due! Goa Mayor Marcel Pan thanks…