Rolly’s damage to infrastructure in Bicol now at P4.62 billion 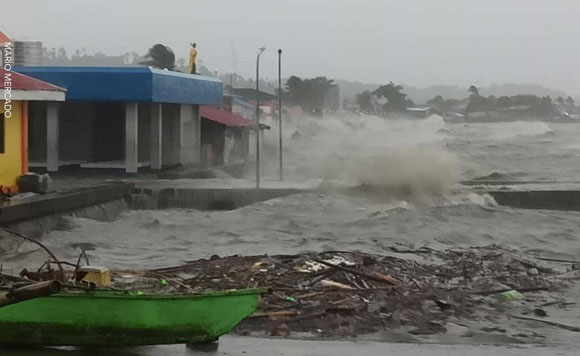 The Department of Public Works and Highways reported that the damage left by Super typhoon Rolly in infrastructure in Bicol Region amounted P4.621 billion as of November 3.

“As expected, our assessment teams identified majority of the destruction in Bicol Region amounting to P4.621 Billion”, said Secretary Villar.

The DPWH Bicol Region has also reported the closed roads in the island province of Catanduanes which was previously isolated and unreachable due to province-wide power outage and unavailable telecommunication signal since the landfall of Super Typhoon Rolly.

“DPWH quick response teams are fast-tracking clearing operations along the affected road sections in the island as we have no alternative routes as of the moment. These roads must to be opened soonest for the relief efforts which Catanduanes badly needs right now,” said Secretary Villar.

To date, a total of 19 road sections were already cleared and opened by the DPWH quick response teams.