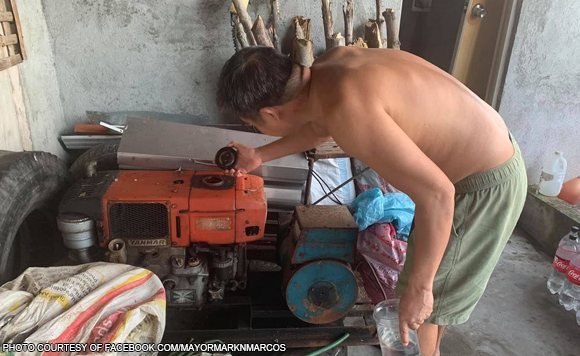 Naujan Mayor Mark Marcos has a generator at home that could be used during power blackouts, but he was glad that he did not turn it on during typhoon Rolly.

In a Facebook post, Marcos said he was glad he did not have to use the generator that they bought in preparation for power outages.

He said it was embarrassing to use their generator because it was so loud and sounded like seven cows mooing all at once.

People won’t be able to sleep well with all its noise, he added.

The generator is an old model and the kind used in rice fields, he noted.

Maybe it belongs in a rice field, not a home!