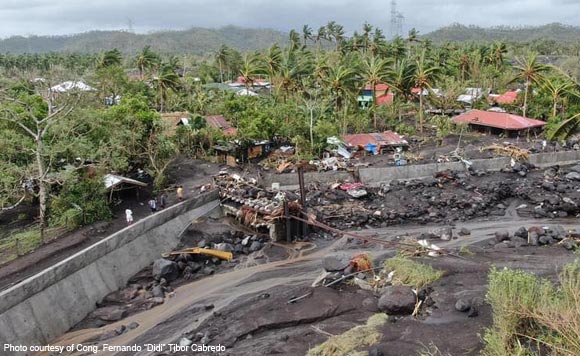 Amid the onslaught of Typhoon Rolly, the Philippine Institute of Volcanology and Seismology is reminding Bicolanos that Mayon Volcano is still at Alert Level 1.

The Department of Science and Technology- Philippine Institute of Volcanology and Seismology (DOST-PHIVOLCS) said Alert Level 1means that it is still in an “abnormal condition.”

“Although this means that at present there is no imminent magmatic eruption, however, the public is strongly advised to refrain from entering the 6-kilometer radius Permanent Danger Zone (PDZ) as perennial life-threatening dangers such as rockfalls, landslides/avalanches at the middle to the upper slope, sudden ash puffs and steam-driven or phreatic eruptions from the summit may be present,” the DOST-PHIVOLCS said.

“Also, active stream/river channels and those identified as perennially lahar-prone areas on all sectors of the volcano should also be avoided especially during extreme weather conditions during heavy and prolonged rainfall,” it added.

The DOST-PHIVOLCS said it continues its close monitoring on Mayon Volcano and new developments will be communicated to all concerned stakeholders.

Typhoon Rolly ravaged the Bicol Region, displacing thousands of family in the region.