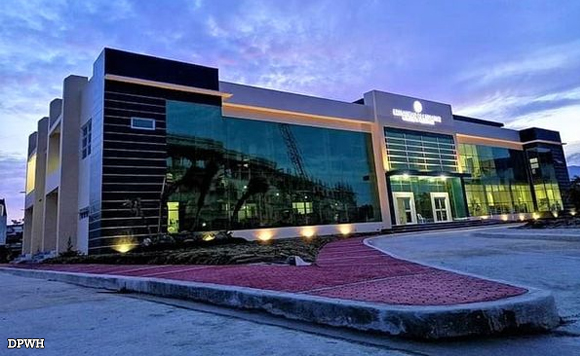 Secretary Mark Villar said that the recently-turned-over project inside the Provincial Capitol Compound in Barangay Balogo, Sorsogon City now serves as a “well-improved, energy-efficient, eco-friendly workplace” for the staff and officials of DepEd-Sorsogon.

“The modern DepEd SDO building has glass wall panels in the entire façade of the structure not just to add aesthetics but to allow as much natural light and reduce the amount of power used in its lighting systems,” Secretary Villar said in a statement.

According to the DPWH, the glass wall façade will also showcase the reflection of the soon-to-be-completed Balogo Sports Complex purposely being built by the DPWH in the area facing the new DepEd building.

“With an improved office building, we hope to boost the morale of our educators in the province of Sorsogon. This is our way of appreciation as our teachers play a key role in nation building,” Villar said.

The construction of Sorsogon SDO was implemented by the DPWH Sorsogon 2nd District Engineering Office in the amount of P105 million. Also covered in its project scope are the site development and concreting of road networks.