Daddy’s girl! VP Robredo remembers how her late father guided her in life 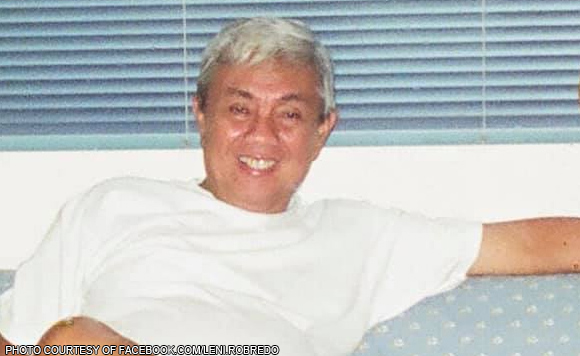 On her father’s death anniversary, Vice President Leni Robredo looked back on the significant part her father Antonio Gerona played in her life.

In a facebook post on October 10, Robredo paid tribute to her dad on his 7th death anniversary.

People always told her she was undeniably her father’s daughter, she recalled.

Not only did she look like him the most, she was the only one who became a lawyer like him.

He was a heinous crimes court Presiding Judge when she pursued law, and he taught her a lot in cross examining witnesses.

He also helped her write pleadings, she recalled.

When she joined politics, she was unable to consult him because everything happened so fast, she said.

He was also in the hospital when she filed her certificate of candidacy for congress.

When she came to visit him the next day, she saw him reading the paper with a front page report about her decision to run.

He was worried fo her, but he was also indulgent, she said.

He was also a fixture in her daughters’ lives, she shared.

She wouldn’t be who she is without her father’s guidance!

Remembering my Dad on his 7th year death anniversary today.

Everyone close to our family would always say I am…