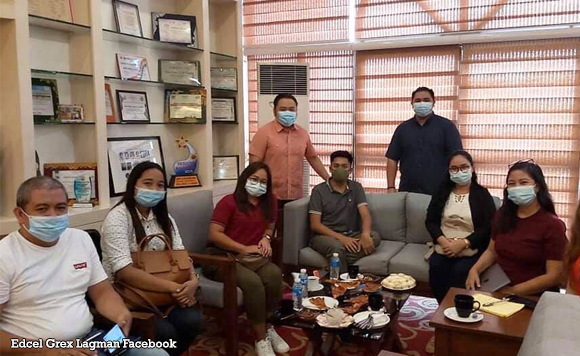 Albay Vice Governor Edcel Grex Lagman held a meeting with the youth leaders of the province to discuss their plans and projects to be implemented.

“Happy to be with the officers of the Sangguniang Kabataan Federation of Albay to discuss how their plans and projects will be implemented. This elected youth leaders’ group is led by ex-officio Board Member (SK Fed of Albay President) Jesus Go “E-Boy,” said the Vice Governor

Lagman also recalled how he worked as a pro-bono legal assistant of the Provincial Youth and Development Office of Albay in 2017 to 2018.

“At that time, pursuant to the SK Reform Act of 2015 or RA 10742, there were no elected SK officials in the Philippines. This was why the PYDO (under its head Rhondon Casas Ricafort) then had to work double time in securing worthwhile projects and programs for Albay’s volunteer youth organizations to keep them involved and engaged. In 2018, the Barangay and SK Election were held that resulted in fresh mandates for Albay’s youth leaders,” he said.

Lagman said that their focal person in order to explore all options in maximizing the leadership potential of Albay’s elected youth leaders in possible convergence/partnerships with other youth stakeholders is former Tabaco City councilor Sheina Onrubia and doves Ana.