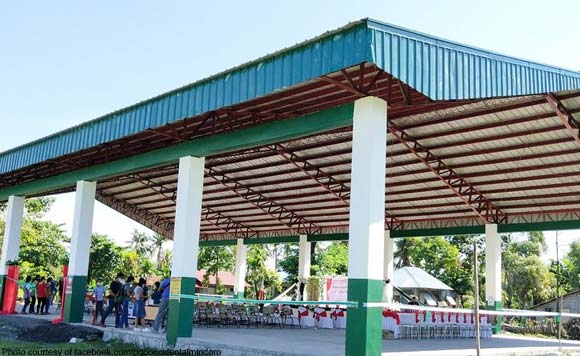 Occidental Mindoro Governor Eduardo Gadiano has spearheaded the inauguration and turnover of a covered court in a public school in Victoria town.

Meanwhile, the check amounting to P10,288.28 as remittance of the RPT was accepted by Captain Marvin Tadeo.

The public school teachers and Barangay Councils were also in attendance during the activity.