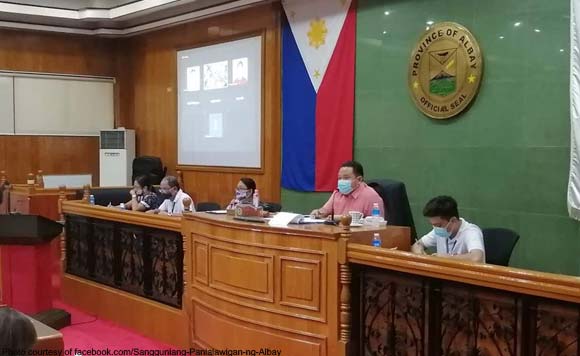 The Albay Sangguniang Panlalawigan has passed a resolution condemning the killing of a barangay captain and treasures in Guinobatan.

The said resolution was authored by Albay Vice Governor Edcel Grex Lagman, who presides over the sessions of the Sangguniang Panlalawigan.

The Vice Governor condemned the killing amid the pandemic, where barangay officials serve as frontliners for government service.

“There is absolutely no justification for crimes of this nature to be committed with impunity especially in the backdrop of this pandemic where the most basic of governmental services are most needed especially in the more economically and socially disadvantaged areas of Albay,” he said.

The Albay Sanggunian also “urgently” asked the top brass of PNP Region V and that of the PNP Albay Provincial Office as well as all concerned law enforcement agencies to help secure swift justice for the killing of said public servants.