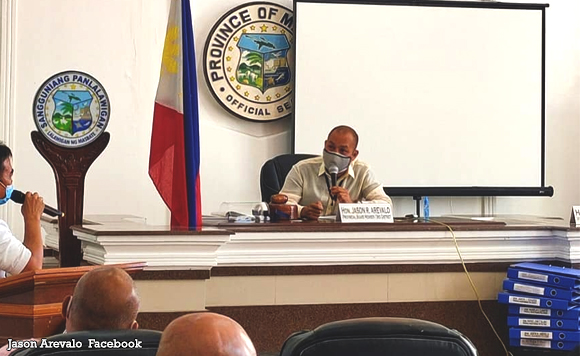 Masbate Senior Provincial Board Member Jason Arevalo said the assertion of President Rodrigo Duterte of the Hague ruling before the United Nations is a “step in the right direction.”

“When you hear the Man in the Palace being Filipino and presidential, you feel a sense of relief and pride,” said Arevalo.

“Finally, after months of ambivalence, you hear the Man Upstairs saying the arbitral award in favor of the Philippines forms part of public international law,” he added.

President Duterte spoke before the UN General Assembly early today, where he affirmed the country’s rights in the West Philippine Sea based on the 2016 Hague ruling.

“The Award is now part of international law, beyond compromise and beyond the reach of passing governments to dilute, diminish or abandon. We firmly reject attempts to undermine i,” the President said.

Arevalo lauded Duterte for his remarks before the high-level assembly.

“Affirming before the UN that this nation has sovereign rights over the WPS being part of its EEZ is a step in the right direction. Now, it’s high time the affirmation be not diluted and diminished by ambivalence and covert subservience,” he said.