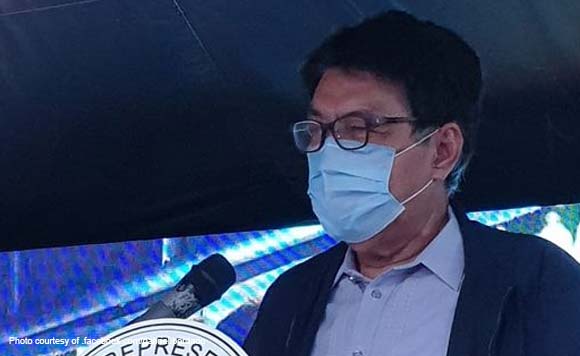 Camarines Sur Rep. Garbriel Bordado proposed to allocate communication and internet allowance for teachers in the public school to help them amid the shift to blended learning.

Bordado made the recommendation during the recent budget deliberations of the Department of Education for the fiscal year 2021.

“During the budget hearing attended by Secretary Leonor Briones and other Department of Education (DepEd) officials, I strongly proposed to the House Committee on Appropriations and the Department of Budget & Management that no less than P3000 per month be given to every public school teacher as communication/internet allowance to ensure that they can effectively and efficiently deliver their lessons on the online platform,” said the Camarines Sur solon.

“This proposal was in response to the suggestion made by DepEd officials and teachers in my district,” he added.

Just recently, the DepEd also announced that it plans to provide provisions for communications expenses for teachers. However, the department yet to disclose the amount of the allowance.

To recall, Bordado also recently proposed to increase the budget of teh Office of Vice President Leni Robredo after it got the highest audit rating from the Commission on Audit.

“It is also at the forefront of the battle against Covid-19 on top of its multiple projects aimed at ‘engaging citizens in nation-building, promoting the principles of democracy, and empowering communities in the fight against poverty,’ said Bordado earlier.