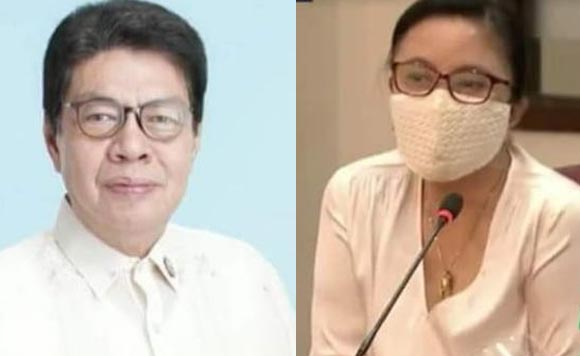 Despite being given a relatively small portion of the budget, the Office of the Vice President uses these public funds efficiently.

Given the OVP’s high rating from the Commission on Audit, it should be given a higher budget, according to Camarines Sur Rep. Gabriel Bordado Jr.

In a Facebook post, Bordado marveled at the fact that Vice President Leni Robredo herself attended the hearing to defend her office’s budget.

He lauded her office for its good use of funds, and noted that the OVP has been at the forefront of the battle against COVID 19, having helped a lot of frontline workers and patients.

It also undertakes projects that engage the people in nation building, promote democracy, and empower communities to fight poverty, he said.

With the OVP’s stellar performance, it would be a good move to give it more funds, he said.

Give her the money!

“INCREASE THE BUDGET OF THE OVP!: I never expected that Her Excellency, Vice President Leni Gerona Robredo, would attend the budget briefing for the Committee on Appropriations. I nonetheless proceeded with my interpellation, underscoring the fact that the Office of the Vice President (OVP) received for the second consecutive year the highest audit rating by the Commission on Audit. It is also at the forefront of the battle against Covid-19 on top of its multiple projects aimed at “engaging citizens in nation-building, promoting the principles of democracy, and empowering communities in the fight against poverty.”

Ironically, the OVP has one of the lowest budgetary allocations in the entire bureaucracy. I am, therefore, calling for a substantial increase in its 2021 budget.

INCREASE THE BUDGET OF THE OVP!: I never expected that Her Excellency, Vice President Leni Gerona Robredo, would attend…