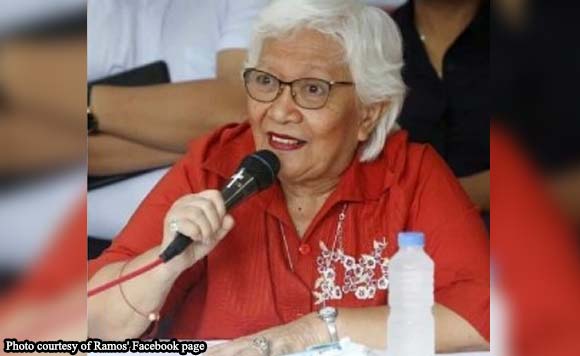 0 80
Share
Want more POLITIKO News? Get the latest newsfeed here. We publish dozens and dozens of politics-only news stories every hour. Click here to get to know more about your politiko - from trivial to crucial. it's our commitment to tell their stories. We follow your favorite POLITIKO like they are rockstars. If you are the politiko, always remember, your side is always our story. Read more. Find out more. Get the latest news here before it spreads on social media. Follow and bookmark this link. https://goo.gl/SvY8Kr

“It is with sadness that we just found out that our dear colleague, Rep. Maria Bernardita ‘Ditas’ Ramos of the second district of Sorsogon, has passed away,” Romualdo said.

The House suspended its session for the day following the news of her passing.

On Sunday, House Secretary-General Luis Montales announced that Ramos contracted the virus and was tested while in her home province.

“She developed symptoms and got tested in the province,” Montales said.

Ramos is the second member of the House of Representatives to die after contracting Covid-19, which had earlier claimed the life of Senior Citizens Party-list Rep. Francisco Datol Jr. in August. (PNA)