‘No just and valid reason’ for Pemberton pardon — Lagman 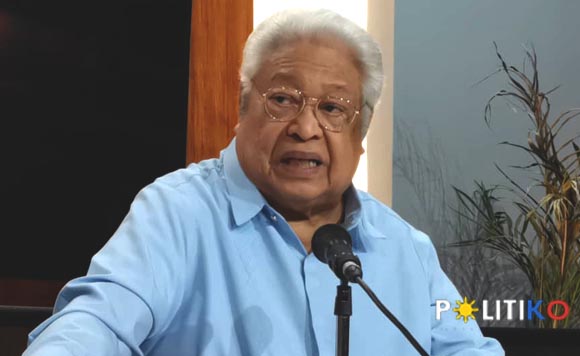 0 96
Share
Want more POLITIKO News? Get the latest newsfeed here. We publish dozens and dozens of politics-only news stories every hour. Click here to get to know more about your politiko - from trivial to crucial. it's our commitment to tell their stories. We follow your favorite POLITIKO like they are rockstars. If you are the politiko, always remember, your side is always our story. Read more. Find out more. Get the latest news here before it spreads on social media. Follow and bookmark this link. https://goo.gl/SvY8Kr

“While the constitutional power of the President to pardon prisoners whose convictions have become final is deemed absolute, such act of executive clemency must neither be arbitrary nor capricious,” he said.

“In order to avoid the abuse by the Chief Executive of his power to pardon, the Congress has created the Board of Pardons and Parole to recommend prisoners who are deserving of executive clemency,” Lagman said.

“It appears that the Board of Pardons and Parole has not recommended the presidential pardon of US Marine Lance Corporal Joseph Scott Pemberton since the Department of Justice, to which the Board is an attached agency, is in the process of preparing a motion for the Olongapo City Regional Trial Court to reconsider its order for the early release of Pemberton erroneously based on good conduct time allowance,” he noted.

Lagman said the President should have considered the sentiments of the family of the victim, Laude, as well as escalating protests against Pemberton’s premature release.

“Moreover, there appears to be no just and valid reason for granting Pemberton an absolute pardon,” Lagman said.