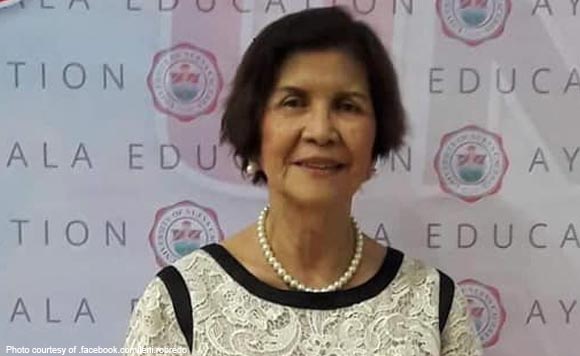 Vice President Leni Robredo remembered her mom on the latter’s birthday, the first one since her death.

Things have never been the same since her mom passed away, Robredo said in a Facebook post.

While she misses her mother so much, she also fondly remembered the many good things about her.

According to her, her mother was larger than life and was hardworking and independent.

She had been a teacher most of her life, starting on the job when she was 18 years old and keeping it until a few months before her death.

Her mom was also still driving at 82 years old, until she was convinced to get a driver, the VP noted.

She also attended mass everyday and was a the VP’s tireless campaigner. She even responded to bashers and trolls!

Her mother also helped her by representing her in events she could not personally attend.

Her mother is truly unforgettable!

“It’s my Mom’s birthday today, the first we’ll be celebrating after she left us. It has never been the same.

Mommy was larger than life. She was very hardworking and independent. She was a teacher from the time she was 18 until just a few months before she died. She was driving her own car until she was 82, when I convinced her to have a driver of her own. She attended mass every single day. She was my most ardent campaigner. She would reply to my bashers until I told her to stop feeding the trolls. She represented me in events I could not personally attend. The pics I’m posting here were from those events.

Amidst all the frenzy that this pandemic has brought us, she is greatly missed.