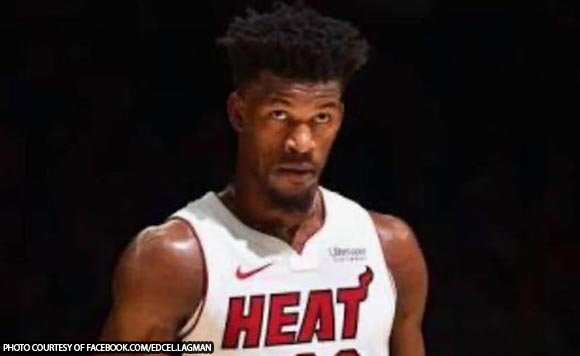 Albay Vice Gov. Grex Lagman is a big NBA fan, and the Miami Heat’s Jimmy Butler is one of the stars he admires.

Lagman sang the praises of Butler in a Facebook, saying the player continues to amaze while his team has yet to record a loss.

He also gave credit to the team’s coach, Fil-Am Erik Spoelstra, who he said does not tolerate his players slacking off.

Spoelstra also has a talent for picking out blue collar players who turn out to be stellar performers, he noted.

In the case of Butler, he was picked late during the draft but has since shown his mettle.

No doubt, Butler is a top 3 calibre first round pick, he said.

The NBA player also has a compelling story to boot, he noted.

He was abandoned by his father and kicked out of the home by his mother before being cared for by a surrogate family, but has held no grudge against his parents.

No wonder Lagman fanboys over him!

“Jimmy Buckets” was picked quite late (30th) in the first round in the 2011 NBA draft. But he has shown that he’s actually a top 3 calibre first round pick. The top 5 picks that year were Kyrie Irving, Derrick Williams, Enes Kanter, Tristan Thompson and Jonas Valanciunas.

By now, many are familiar with the story of how Jimmy Butler grew up. How his father abandoned him as an infant and how his mom kicked him out of their home in bedraggled Tomball, Texas, at age 13 before he was finally taken in by a surrogate family in high school. But he holds no grudges and even reached out to his parents who is now his family,” Lagman posted.