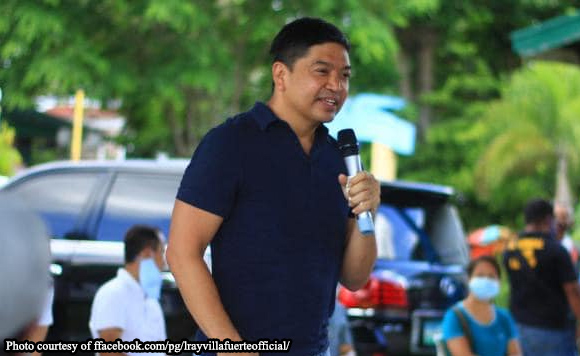 0 89
Share
Want more POLITIKO News? Get the latest newsfeed here. We publish dozens and dozens of politics-only news stories every hour. Click here to get to know more about your politiko - from trivial to crucial. it's our commitment to tell their stories. We follow your favorite POLITIKO like they are rockstars. If you are the politiko, always remember, your side is always our story. Read more. Find out more. Get the latest news here before it spreads on social media. Follow and bookmark this link. https://goo.gl/SvY8Kr

Deputy Speaker and Camarines Sur Rep. LRay Villafuerte has asked the Department of Social Welfare and Development (DSWD) to check whether its financial service providers (FSPs) are overcharging beneficiaries of the Social Amelioration Program (SAP) amid complaints about exorbitant convenience fees charged by “abusive” FSPs.

During last week’s hearing by the House committee on good government and public accountability, the DSWD informed lawmakers that the agreement with remittance partners was that they should not charge more than P50 as convenience fee for every SAP cashout regardless of the amount.

Villafuerte, however, said he received reports that some providers charge as high as P120 for every over-the-counter (OTC) cash payout in the authorized partner-remittance outlets designated by the DSWD.

DSWD Undersecretary for Operations Aimee Torrefranca-Neri said during the hearing that the P50 fee should only be imposed when the beneficiaries decide to get their cash grants through the partner-remittance centers.

No fee is supposed to be charged by FSPs when the beneficiaries opt to receive their emergency subsidies online, she added.

Upon learning that the convenience fee should not be more than P50 per cashout, Villafuerte said the DSWD should immediately take action against “abusive” FSPs that overcharged the SAP beneficiaries.

“While your desire is to partner with or accredit reputable financial service providers, may nag-o-overcharge. Dapat either huwag nyo na silang i-accredit, dahil nangaabuso,” he said.

The DSWD had signed a memorandum of agreement (MOA) with the Land Bank of the Philippines (LANDBANK) and six FSPs as electronic payment and OTC channels for the release of the SAP grants.

Given that SAP beneficiaries are mostly poor or low-income households, Villafuerte noted that many of them are either unbanked or do not have access to GCash or Paymaya, and would opt to get their cash aid OTC through remittance outlets.