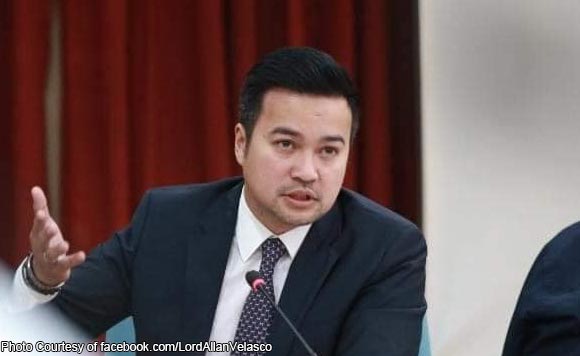 The House committee on local government has secured the panel approval of a bill declaring every February 21 as Araw ng Marinduque.

Marinduque Rep. Lord Allan Velasco, principal author of House Bill No. 6552, has welcomed the approval, calling it “a recognition of the colorful history of the province and its people.”

Velasco’s HB 6552, February 21 of every year will be declared a special non-working day to allow the Marinduquenos to celebrate the occasion to commemorate the province’s founding anniversary—dubbed as the “Heart of the Philippines” and home of the Moriones festival.

“The foundation day of a province is a reminder to the local community about the long standing culture and tradition of the province,” Velasco said.

“The festivities that accompany the celebration are part of the Filipino culture. They boost the morale of our people and forge a stronger bond among the local population,” he added.

In his proposed legislation, Velasco noted the “ambivalent history” of Marinduque before it could finally call itself “The Province of Marinduque.”

For decades since the 1500s during the Spanish regime, Marinduque had been made part of Laguna, Mindoro, Batangas and Quezon. Along with Mindoro, on the southeast portion of Laguna and Camarines, Marinduque was made a part of Batangas when it was founded in 1581 by the Spaniards. It also became part of Mindoro in the early 1700s.

On April 28, 1898, Marinduque separated from Mindoro and from Spanish rule. It was ratified by the ruling class from different towns of the island province. Martin Lardizabal, the military governor of Marinduque’s first revolutionary provincial government, led the local struggle.

On May 1, 1901, Marinduque finally became a new province by virtue of Philippine Commission Act No. 125. Its status as a province was short-lived after it was annexed to the Province of Tayabas (now Quezon) by virtue of Act No. 499 on November 10, 1902.

Five years later, Marinduque was declared a sub-province of Tayabas under Act No. 1649 with Juan Nieva as lieutenant governor.

Finally, on February 21, 1920, Act No. 2880 reestablished the Province of Marinduque as a separate and independent province from Tayabas. (CMC)