Where do we go from here, Camarines Sur Rep. Gabriel Bordado Jr. asks after inadequate SONA 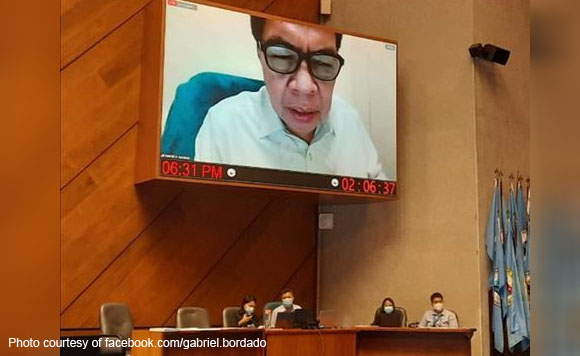 The President’s penultimate state of the nation address left many hankering for a road map for the COVID 19 crisis, and one of them is Camarines Sur Rep. Gabriel Bordado Jr.

In a Facebook post, Bordado said he interpellated the minority leader’s contra-SONA because he did not hear what he wanted: a clear plan to address the health and economic crisis in the country.

Even though the President mentioned COVID 19, he did not make it clear how the country would actually address this major problem.

Without a direction from the leader, where do we go from here?

We’re sure the Bicolano politiko is not the only one asking this question!

“NOWHERE TO GO: Last night, I interpellated–online–the minority leader who delivered the so-called contra-sona at the House of Representatives. Despite the fact that the President mentioned (and tackled) the Covid-19 pandemic numerous times in his SONA, he never gave a clear-cut roadmap on how to effectively and efficiently address this gargantuan problem now devastating the economy and sending millions of Filipinos out of work.

As the old song goes, do you know where you’re going to?” Bordado posted.