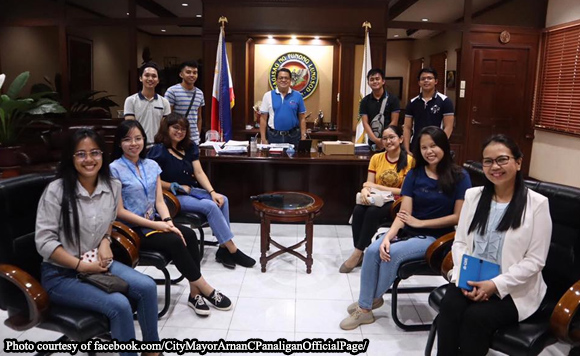 Calapan Mayor Arnan Panaligan was visited by the City Scholars as well as the new graduates in his office yesterday.

The city scholars who made a courtesy call to Panaligan of are beneficiaries of the Bridge to the Future Scholarship Program, a project initiated by Mayor Panaligan in 1996 during his earlier mayoral term.

Also in the present during the courtesy call was Ms. Myriam Olalia, City Education Officer

“The bank president assured the city mayor that the bank is financially strong and that there is no need for the members to panic,” said Panaligan’s office.