Lagman explains why he couldn’t vote on ABS-CBN franchise 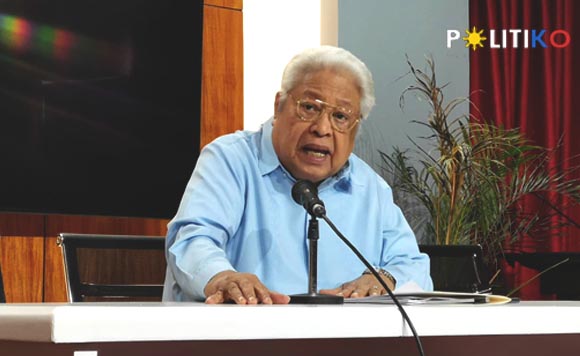 0 11
Share
Want more POLITIKO News? Get the latest newsfeed here. We publish dozens and dozens of politics-only news stories every hour. Click here to get to know more about your politiko - from trivial to crucial. it's our commitment to tell their stories. We follow your favorite POLITIKO like they are rockstars. If you are the politiko, always remember, your side is always our story. Read more. Find out more. Get the latest news here before it spreads on social media. Follow and bookmark this link. https://goo.gl/SvY8Kr

Albay Rep. Edcel Lagman explained on Saturday why he did not have any voting right during Friday’s hearing of ABS-CBN’s franchise application, in which the panel voted 70-11 to deny the network’s bid.

“I want to make it clear that I am not a member of the committee on legislative franchises, for which reason I was not entitled to vote on the issue whether or not to grant ABS-CBN a renewed franchise,” Lagman said.

“However, as a Member of the House of Representatives I have the right to voice out my position during the joint committee hearings,” he added.

Lagman, a vocal supporter of ABS-CBN’s bid for a new franchise, said he remained steadfast in his advocacy that ABS-CBN is entitled to a fresh franchise because it has not violated the Constitution or any other law, including Republic Act 7699.

“I reiterate my observation that the instant recommendation of the so-called Technical Working Group (TWG) was a brief or memorandum on behalf of those opposing the renewal of the ABS-CBN franchise, and it was prepared to decimate the bid of ABS-CBN for franchise renewal,” he said.

“I shall in due time make a point-by-point rebuttal of the off-tangent assessments made by the TWG on the major issues raised against ABS-CBN,” Lagman said.