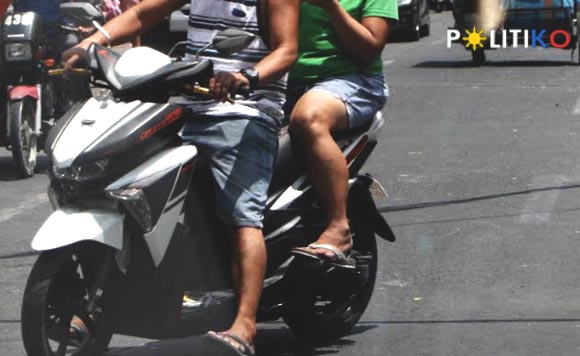 Masbate Senior Provincial Board Member Jason Arevalo did not mince words as he scored the new guidelines on motorcycle backriding policy of the government.

“Giving in but not giving up on an stupid idea. Won’t a helmet and a face mask sans new expense and added risk to life and limb do the trick?” he asked.

“The motorcycle is the poor man’s ride. Why add up to the driver’s burden and expose him and his passenger to unnecessary danger?” he added.

Department of the Interior and Local Government (DILG) Secretary Eduardo M. Año confirmed yesterday that back-riding in motorcycles will now be allowed but for only couples and live-in partners starting July 10.

“Those behind the disallowance on backriders for motorcycles before don’t want to be proved wrong,” Arevalo said.

“They have to come up with this novel idea of a barrier between the driver and the rider to save face and continue justifying a point: that riding on a motorcycle is a vehicle for viral transmission,” he added.

Arevalo pointed out that a mask inside a helmet will somehow be “enough to dispel their stupid fear.”

“When clinging to stupidity is anti-poor at times. And dangerous. And dumb,” he said.