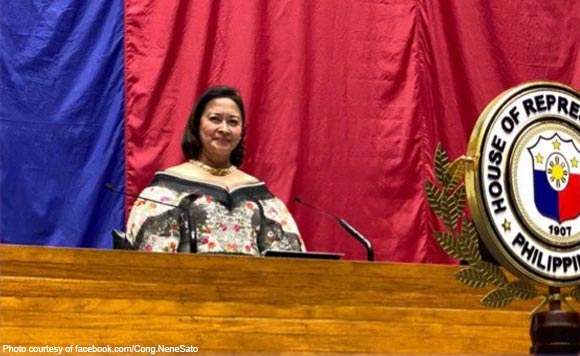 Occidental Mindoro Rep. Josephine Ramirez Sato wasn’t about to stay silent about her colleagues’ attempt to make a franchise hearing about a network’s bias.

During the hearing, Sato called out her fellow lawmakers for discussing ABS-CBN’s alleged bias during a hearing on its franchise application.

According to her, discussing the supposed bias was tantamount to prior restraint of press freedom and violates the constitution as well as international convention.

She said freedom of speech and of the press goes to the soul and essence of democracy, and will have an impact on the future of the country.

She also reminded her colleagues that they are duty bound to protect these.

“I strongly believe that to discuss the alleged bias in the hearing of the application for the renewal of the franchise is tantamount to prior restraint on press freedom, and is violative of what is enshrined in our Constitution, in the long line of jurisprudence, and in international convention.

The freedom of speech and of the press, which we are legally and morally bound by our oath to protect, in all our legislative processes, goes to the very soul and essence of our democracy, which will have an impact, a strong impact in the future of our beloved country. So, we must, at all times, protect the freedom of the press”.