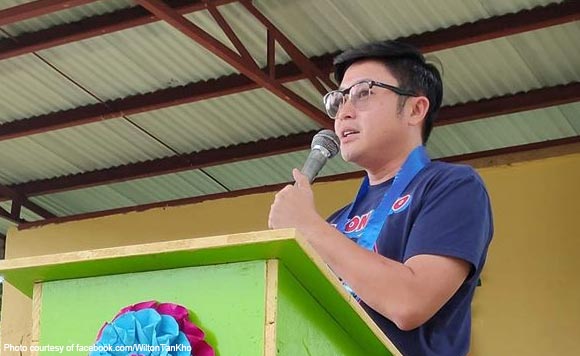 Masbate has lost its status as a COVID 19-free province, Rep. Tonton Kho announced on Facebook.

Kho said it has two confirmed cases, both of whom hail from Aroroy town.

He called on the Masbate residents to continue with their efforts to fight COVID 19. They should be vigilant and participate in government initiatives such as contact tracing and physical distancing.

He also called on the loved ones of the patients to obey government protocols as he assured them that the Masbate government would support them as they fight the disease.

Masbatenos have no need to worry, he further said.

The patients are already in isolation and are on their way to recovery, he added.

If they all work together, they could defeat COVID 19!

“First of all let me commend all Masbateños through the able leadership of Masbate Governor Antonio Kho for keeping Masbate Covid-19 free for almost 6 months. We couldn’t have done this without the support and cooperation of our beloved fellow Masbateños.

We regret to announce to everyone that Masbate is no longer Covid-19 free. Last June 27, 2020, we had our first two(2) confirmed Covid-19 infections in our beloved province. According to DOH CHD-Bicol, the two confirmed cases who were both identified as Masbate #1 and Masbate #2, are both from the municipality of Aroroy. In this light, I call upon my fellow Masbateños to remain steadfast in our resolve to beat this unseen enemy who now has entered our jurisdiction. I urge everyone to remain vigilant and participate in government initiatives like social distancing and contact tracing. To the loved ones of the two (2) COVID-19 positive individuals, I encourage them to obey government protocols and trust that we will give all-out support and resource to helping your loved ones recuperate from this dreadful virus. This may seem a daunting task, but together we can defeat this deadly virus that has plagued so many nations, together we will succeed.

We need not worry Masbateños. As of the present, we have already coordinated with the LGU-Aroroy and they assured us that the two patients, Masbate #1 and Masbate #2 have been isolated. These patients observed proper protocol from the moment they arrived at the Masbate Port.

We have already coordinated with the Provincial Government of Masbate and they assured us that contact tracing is being conducted.

Patients Masbate #1 and Masbate #2 are now on their way to recovery.

Again, I advise everybody to remain vigilant and observe proper hygiene. Always wear your mask to prevent the spread of the disease.

Let us Join Hands to defeat this Virus.