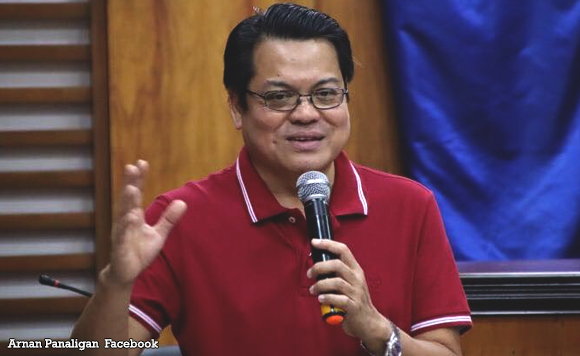 As part of his initiative to listen closely to the needs of barangays, Calapan City Mayor Arnan Panaligan attended last Saturday the session of Sangguniang Barangay of Bgy. Ilaya.

The session zeroed in on the regarding priority infrastructure projects in the said barangay headed by Bgy. Chairperson Jesusa Narsoles.

“Saturday afternoon, City Mayor Arnan C. Panaligan attended the session of the Sangguniang Barangay of Bgy. Ilaya to consult with the barangay officials headed by Bgy. Chairperson Jesusa Narsoles regarding priority infrastructure projects in the barangay and to turn over a financial assistance from the City Government for barangay projects,” Panaligan’s office said.

Panaligan also coordinated with the barangay regarding the priority infrastructure projects of the City Government in Brgy. Ilaya.

Meanwhile, Panaligan attended the regular monthly meeting of the Liga ng mga Barangay of the City of Calapan to thank the barangay chairmen for their support in the implementation and enforcement of quarantine measures during the period of the enhanced community quarantine as well as for their role in the delivery of food relief and other assistance to the people.