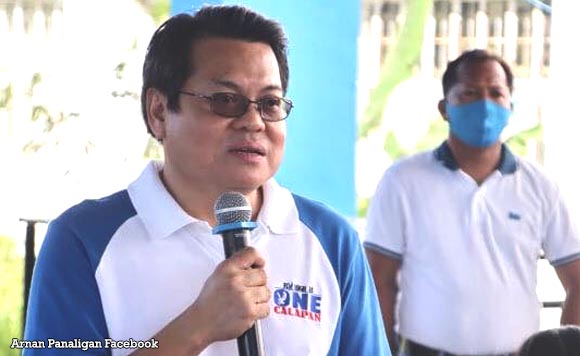 Calapan City Mayor Arnan Panaligan has spearheaded the distribution of rice farmer subsidy assistance from the Department of Agriculture.

The said cash assistance was released through Landbank. The activity was held at the City Hall Complex.

The said equipment are part of the mechanization of the agriculture sector in Calapan City.

On the other hand, Panaligan also joined the video conference of the Regional Peace and Order Council.

The Southern Luzon Command of the Armed Forces of the Philippines and the Philippine National Police Mimaropa Regional Office gave a briefing on the security situation and peace and order status respectively of the region.