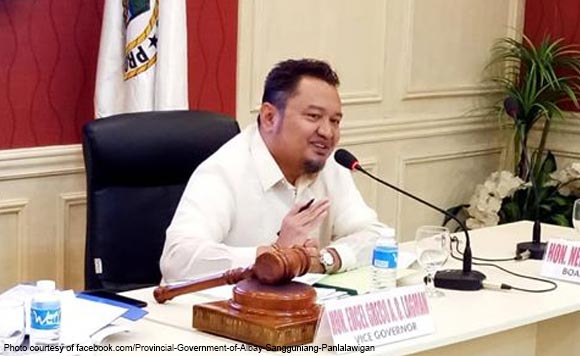 0 28
Share
Want more POLITIKO News? Get the latest newsfeed here. We publish dozens and dozens of politics-only news stories every hour. Click here to get to know more about your politiko - from trivial to crucial. it's our commitment to tell their stories. We follow your favorite POLITIKO like they are rockstars. If you are the politiko, always remember, your side is always our story. Read more. Find out more. Get the latest news here before it spreads on social media. Follow and bookmark this link. https://goo.gl/SvY8Kr

Albay Vice Governor Edcel Lagman said that the constitutionality of cybercrime law must raised once more.

“Been reading various legal arguments for and against the Maria Ressa conviction and the Estacio-Montesa (my classmate in law school) decision which should be appealed,” said Lagman.

“My take is that there’s no other recourse but to question the constitutionality of the Cybercrime Law,” he added.

Lagman said that there are justiciable controversies that have placed “constitutionally-guaranteed civil liberties on shaky ground.”

“These need to be addressed and resolved as soon as possible.
Congress must also look at amending the worrisome provisions of the law,” said the Vice Governor.

“Surely the judge in this case cannot be allowed to amend by judicial legislation the Revised Penal Code’s provisions on libel even as she heavily relied on untested “legal theories” argued by the DOJ,” said Lagman.

Lagman, also a lawyer, said that he still wants the Supreme Court to perform checks and balances especially if the law involves the “cyber world.”

“Well, even if i am for pushing the limits of legislation, i will want the same checked and balanced by the highest court especially in an increasingly “cyber world” that demand that legal boundaries be carefully set—lest a Facebook or Twitter post you made 12 years ago can land you in jail,” he said.