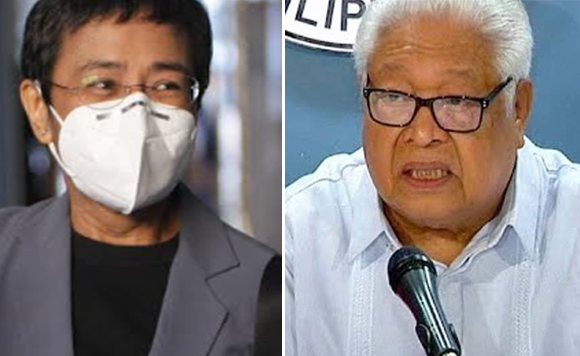 Albay Rep. Edcel Lagman on Monday said the conviction of Rappler CEO Maria Ressa and the news website’s former writer and researcher for cyber libel was another “devastating blow” to press freedom.

“Press freedom received another devastating blow from the improvident and barren conviction of Rappler’s Maria Ressa for alleged commission of cyber libel even before it was criminalized, and the prosecution for which has long proscribed,” he said.

“Since cyber libel is libel defined under the. Revised Penal Code (RPC) committed through a computer system, the prescription of cyber libel is one year as provided for in Article 90 of the RPC,” Lagman said..

He noted that the purported cyber libel for which Ressa was charged with was allegedly published or committed in May 2012 but the case was filed in 2017 or only five years later.

“Verily, it has prescribed,” he said.

“The conviction is a tragic commentary on the judiciary’s succumbing to the repressive campaign of the Executive,” Lagman said.

“Ressa has been the victim of the Duterte administration’s vindictive prosecution for pursuing critical advocacy against what she perceives as flawed policies of the administration, and her conviction is a wanton addition to these abusive reprisals,” he said.

“Now the cruel price of free speech and press freedom is impending incarceration. What would be imprisoned with Ressa are critical reportage and legitimate dissent even as it would hold hostage press freedom,” Lagman said.