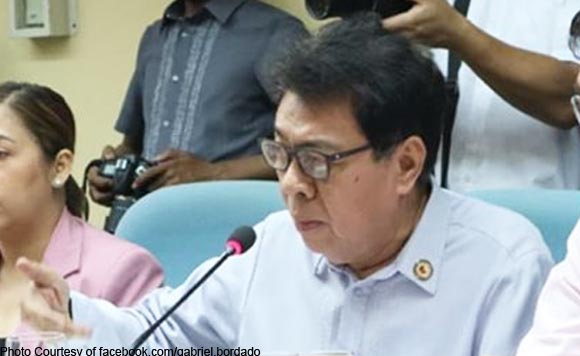 Camarines Sur Rep. Gabriel Bordado, Jr. attended the Independence Day rites in Naga City despite not having a role during the ceremony.

Bordado said that this is the first time in five years that he was not given an opportunity to deliver an Independence Day message.

“For the first time after half a decade, I was not given the opportunity to deliver an INDEPENDENCE DAY message here in the CITY OF NAGA, the heart of Bicol,” he said.

“I can probably blame the Covid-19 pandemic–or Allen of CEPPIO,” he added.

Despite that, Bordado said that he graced the event as reminded himself of a statement from former US President Franklin D. Roosevelt.

“Anyway, I still attended the INDEPENDENCE DAY rites, reminding myself of what FRANKLIN DELANO ROOSEVELT said: “That freedom can only thrive if the government is strong enough to protect the interests and welfare of its people, and if the people are empowered enough to maintain their sovereign control over the government”,” he said.