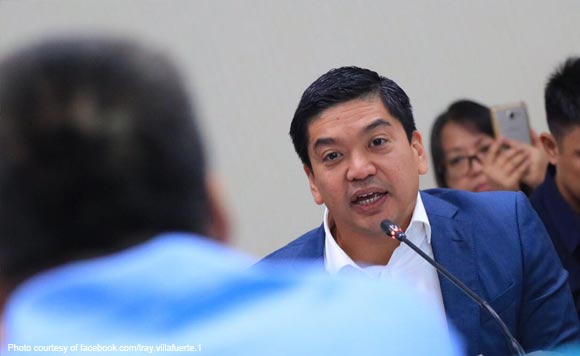 Camarines Sur Rep. Luis Raymund Villafuerte said that the first regular session of the House of Representatives has been “gruelling” yet “productive.”

The Congress went on their sine die adjournment yesterday. Sessions will resume on July 27 to be marked by the State of the Nation Address of the President.

“Today we officially adjourned session of congress and we will be back July 27,2020 for the #SONA 2020,” said Villafuerte, who also serves as a House Deputy Speaker.

“It was a gruelling but productive and fruitful session coZ we passed several measures especially bills that will help address loss of jobs and opportunities due to COVID19,” said the CamSur solon.

Villafuerte also defended the bill that seeks to extend the Bayanihan to Heal as One Act.

“Last night I stood for more than 1 hour again to defend the Bayanihan to Recover as One act ,which I authored , and the new and enhanced version of the Bayanihan to Heal as One Act which only has a validity until June 2020,” said Villafuerte.

“We might go back to work again next week if the President calls for a special session so we can pass the Bayanihan Law extension.”

Post Views: 0
Continue Reading
Camarines Sur Rep. Luis Raymund VillafuerteCongressHouse of RepresentativesState of the Nation Address of the President.
0
Share
Politiko would love to hear your views on this...
Trending News
More Stories