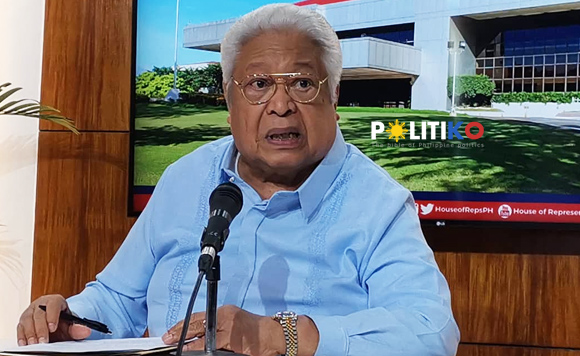 Albay Rep. Edcel Lagman formally asked Speaker Alan Peter Cayetano in a letter on Friday to “hold in abeyance” his signing of the enrolled bill on the proposed “Anti-Terrorism Act of 2020,” which the House passed on third reading last Wednesday.

The enrolled bill is the official copy of the identical Senate Bill 1083 and House Bill 6875 passed by the Congress which is supposed to be signed by the Senate President and the Speaker of the House, together with the respective Chambers’ secretaries, for transmittal to the Office of the President.

Without an enrolled bill sent to Malacañang, the President has nothing to approve or act upon, Lagman said.

He cited the following reasons for his request:

the escalating multi-sectoral and nationwide popular protest against the inordinately repressive and palpably unconstitutional terror bill;

the sizeable number of negative votes and abstentions on House Bill No. 6875 together with affirmative votes with strong reservations, all indicative of the lack of full support for the measure;

the failure of the House of Representatives to craft and approve its own version when it adopted completely the Senate version which contains the draconian provisions violative of human rights and civil liberties which are guaranteed by the Constitution; and

no less than Muntinlupa Rep. Ruffy Biazon, the first listed principal author and one of the leading sponsors of House Bill 6875, voted against the bill and withdrew his authorship.

Lagman explained that his suggestion will give time for the House leadership to consult with other members on possible modes of addressing the serious concerns on the constitutionality of the proposed measure and its chilling threat to legitimate dissent and other fundamental freedoms.

There are precedents like the refusal of Senate President Vicente Sotto to sign the enrolled bill on the 2019 General Appropriations Bill (GAB) allegedly because of “insertions” made by the House after the Bicameral Conference Committee Report was jointly adopted, he said.

During the tenure of Speaker Gloria Macapagal-Arroyo, the House recalled in September 2018 House Bill 7436 abolishing the Road Board after it was already transmitted to the Senate.

The House approved the bill on third and final reading on May 22, 2018 after the Senate approved its version in February 2018.

Lagman underscored that the approval of a bill on third reading “can be rescinded” by action of the House.