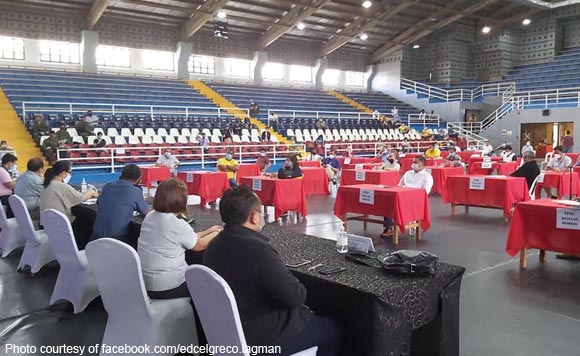 Present during the meeting were almost all of Albay’s 18 mayors.

The local officials discussed Ordinance of the SPA dismantling unauthorized checkpoints and emphasizing that only PNP manned checkpoints are allowed under MGCQ to ensure the unhampered travel of people, goods and services while maintaining health protocols.

“Have also committed to come up with an ordinance that will give concurrent/support powers to PNP Albay (together with the main enforcer Highway Patrol Group HPG) in checking the contents of trailer trucks and closed cargo vans,” said Lagman.

“There are reports that some of these vehicles contain people who contracted its personnel to transport them from NCR/CALABARZON to Albay for a fee compromising Albay’s health protocols,” he added