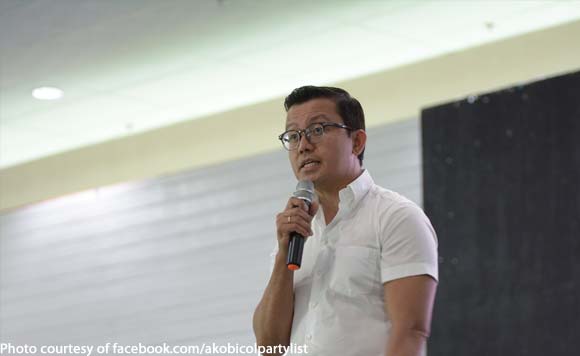 Ako Bicol partylist Rep. Alfredo Garbin has proposed to allow lone back rider on motorcycles amid the pandemic.

“If the IATF will continue to allow motorists to have passengers within their privately-owned SUVs, cars, and utility trucks under GCQ and lifted quarantine conditions, then they must also allow motorcycle riders to have one back riding passenger,” said Garbin.

In line with this, the lawyer-solon said that the basis of such proposal is the equal protection clause under the constitution.

Garbin noted that there are 7.2 million registered motorcycles and millions of Filipino families who are dependent on motorcycles as their personal means of transportation

Garbin also noted that the policy turned out to be “anti-poor.”

He also argued the familial relationship of the Filipinos and how the current policy affects this relationship.

Garbin also noted that if the IATF will continue to discriminate against motorcycle riders, “there would probably be legal challenges brought before the Judiciary in the weeks and months ahead.”