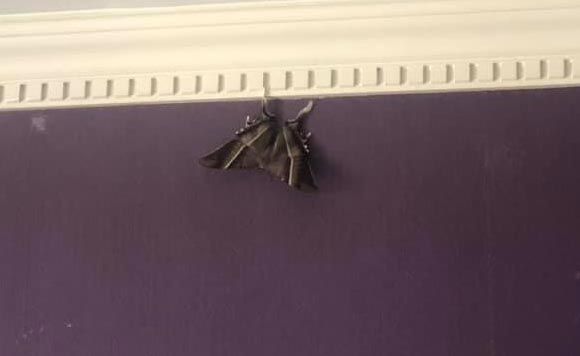 Butterflies have had special meaning for Vice President Leni Robredo ever since her husband Jesse passed away.

In a Facebook post, Robredo said that a butterfly would appear and keep her family company whenever they are going through stressful times or during celebrations.

Recently, a huge butterfly appeared in their unit, and was later spotted in her daughters’ rooms.

This had them wondering for the purpose of the visit, she said.

But she noted that in a week’s time, it would have been Jesse’s 62nd birthday.

It would also be the first time they would be unable to go home to Naga to commemorate it because of the health crisis.

But she also said it was likely because her daughter Jillian is taking her final exams and spending too many late nights on her studies.

A visit this significant butterfly is always welcome!

“Since Jesse left us, a butterfly would keep us company everytime we’re going through something, be it stressful times or moments of celebration. Yesterday, this huge butterfly suddenly appeared inside our unit. This morning, we saw it inside the girls’ room.

We’re now second guessing why we were honored by this visit again. On May 27, exactly one week from today, would have been Jesse’s 62nd birthday and it will be the first time we will be unable to go home to Naga to commemorate. But knowing him, it will probably be because it’s Jillian’s finals week and she has been spending too many late nights working on her papers and answering her online exams.