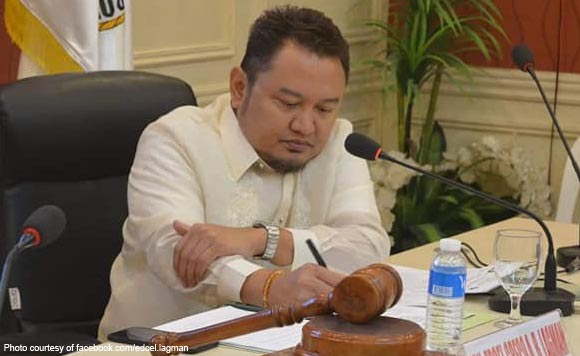 Albay Vice Governor Edcel Lagman said that the national government must not be obsessed in jailing Filipinos for what they post online.

“This government should not be too obsessed with putting our countrymen in jail for the things they post on social media,” Lagman said.

“Or, the best test case is whether the DOJ can prosecute and the courts to convict the loudest—-and biggest—-of political dissenters,” he added.

Prosecutors yesterday indicted Ronnel Mas, a public school teacher who posted on Twitter a P50 million reward to anyone who can kill President Duterte.

“Not the small fry like Mr. Mas that they can just bully around. Prosecute and convict Trillanes first. And maybe i’ll be convinced,” dared Lagman.

The local politiko also said the case’s bigger picture is the guarantee of freedom of expression in protecting political speech and political dissenters.

“The framers of the 1987 Constitution knew that while the freedom is not absolute, they acknowledged that the best test is whether the written word can be accepted in a market of opposing views and ideas and whether the speech’s call to action can be safely carried out or not,” he said.

Meanwhile, Lagman also urged the Congress to repeal the “archaic” Article 142 of the Revised Penal Code which took effect in 1932.

“Or, at the very least amend it to pass clear and present danger thresholds,” he said.