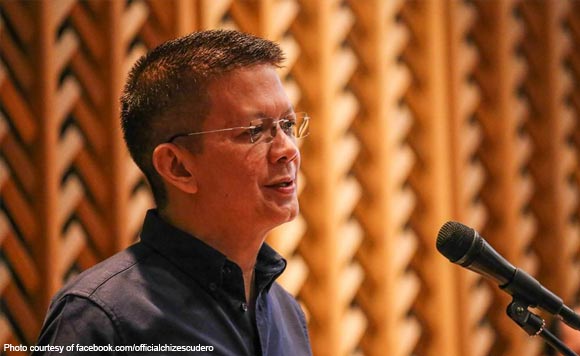 Escudero issued Executive Order (EO) No. 36-2020 on April 28 which would govern the movement of people and vehicles, especially those that would be coming from outside the province under the GCQ.

Based on the EO, all persons coming from other areas and who intend to stay in the province must undergo the mandatory 14-day quarantine in the facilities established by the provincial government while drivers and crew of delivery vehicles will not be allowed to disembark except at the area of their delivery.

Delivery trucks will be sealed upon arrival at the provincial boarders where checkpoints will be established.

Checkpoints will be established in Barangay Putiao and Pilar Port in Pilar town; Barangay Sogoy and Castilla Port in Castilla; Barangays Sta. Cruz, Banuang Gurang and Ogod in Donsol; Barangay Burabod and Sorsogon Port in Sorsogon City; Barangay Fabrica in Bulan; and Matnog Port in Matnog.

On Monday, the Sangguniang Panlalawigan passed Provincial Ordinance No. 26-2020 which sets curfew guidelines under the GCQ status.

Section 7 of the ordinance states the exemptions which include government and private sector employees who are reporting for work; medical and rescue personnel; persons who run errands or on emergency; workers involved in the delivery of basic necessities; night-shift workers; students complying with school requirements; legal services personnel and local chief executives and their authorized personnel.

Escudero said the province would be stringent in the implementation of the laws, rules and guidelines issued locally as well as those coming from the Inter-Agency Task Force for the Management of Emerging Infectious Diseases in its effort to maintain the Covid-19-free status of Sorsogon.

He also urged his constituents to be vigilant against dengue even while the province is fully occupied with the fight against Covid-19.

In a dialogue with barangay and local officials here, Escudero said statistics-wise, dengue is more deadly compared to Covid-19 which has yet to make its presence felt in the province.

Escudero said dengue causes deaths in the province every year. “Dengue would surely come, it would definitely have victims and it is highly likely that there would be deaths.”

Dr. Aurora Daluro, chief of DOH-Bicol’s Regional Epidemiology Surveillance Unit, said Sorsogon had the second highest number of dengue cases in the region from Jan. 1 to Feb. 22 this year.

One dengue patient died in Sorsogon.

Escudero said the provincial government has purchased a centrifuge machine which is a vital equipment in dengue treatment in preparation for the onset of the wet season, when the viral illness is more prevalent. (PNA)